Join us on our bike rides through Newport, guided by the full moon!

The event is free and open to everyone !

*Helmets and bike lights are required to ride*

Meet us at Bike Newport on 62 Broadway

*The rides will be a no-drop, group ride for people comfortable riding on the road – up to 12 miles depending on weather.

About this Sunday’s Ride 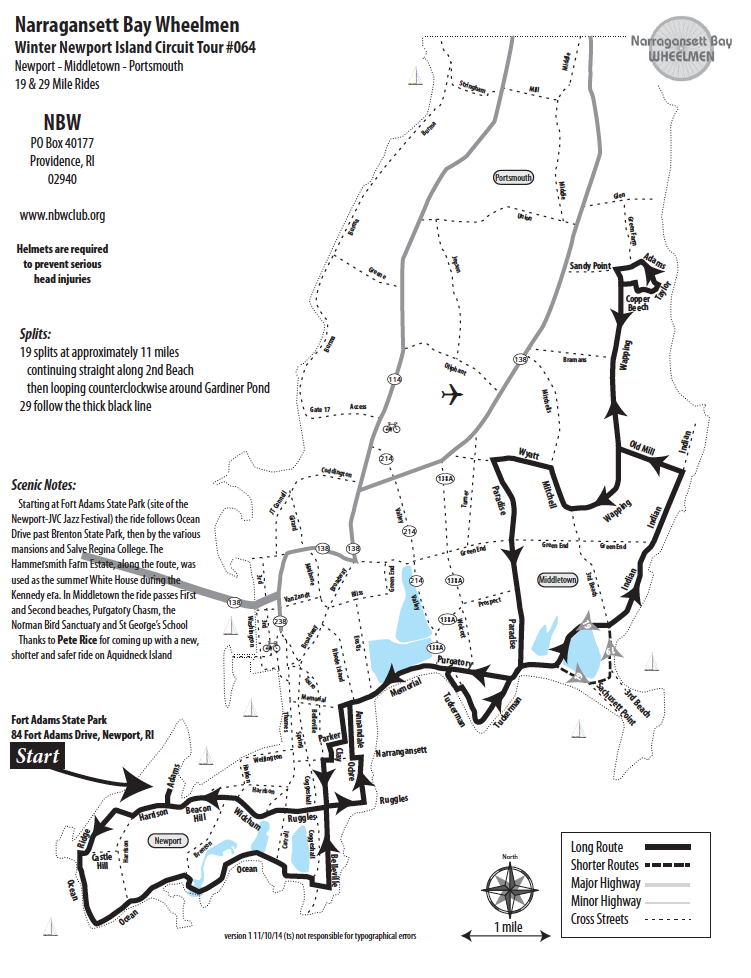 Why this ride is special

Towns & Villages we travel through

Some of the landmarks we pass by

As always, click any photo for big. Click again for bigger Hit your back button to return to the story
I waited till today to begin my challenge in order to do it on a road trip. First order of business in Austin was to rent a bike.  Austin Bike who sponsors #3 son gave me a good deal.  (I think).  “Take the bike and we will settle up when you bring it back” was the owners comment.  I have no idea what it’s going to cost, but I have confidence he will do me right.

Brandon, had a training ride today with his group that met at Lance Armstrong’s bike and coffee shop.  We decided that was our coffeeneuring challenge #1 entry.  An iced latte for me and a regular old hot coffee for him.  His gang went off on their ride while I hopped on ole 40 Scott (the bike brand) and rode to a great dog, jogging, biking, fitness park in the center of Austin. Norwood Estate park sits on the bank of the Colorado River.  It’s a really nice spot.

We are doing all our transportation around the city by bike.  Tonight we will dine at G’Raj Mahal on Rainey St.  And for those back in the Northeast wondering about riding a bike at night in October.  It’s 8:30 PM here as I write and it’s 85 degrees.  No sweat.  Um  well you know what I mean.

Coffee challange #1 is done and it was a very sweet one.  Nothing like a road trip, with a bike on a warm October night.

This is one of the highlight rides of the summer.  Ride along the beaches, five mile drive, the mansions and chasms of Newport, RI.   The ride begins at 6 PM at the bike shop which is across the street from the baseball stadium.

Newport bike has a large parking lot less than a mile from the bike shop and it’s available free of charge for anyone with a bike.

Ten Speed Spokes Longest Day Ride is a yearly event held to celebrate the start of summer and all things cycling.  It features 4 different length arrowed courses.  Everything is free!  Shirts and helmets are required.

All skill levels and ages of cyclists are invited.

This year the Honky Tonk Knights are playing live tunes for your return to the shop.

The ride will be on June 25th and will start at 6pm.  Be sure to get here by 5:30pm at the latest to allow time for check in.  T-shirts will be limited to the first 150 people who check in on the day of the ride so get here early!

After the ride Five Speed Spokes bike shop provides, entertainment, soda, a beer, pizza and snacks.  All included in the free ride.

The call was issued by the Fall River Bike gang to meet in Newport for an early Sunday morning bike ride. Expecting a medium hard ride, I loaded the road bike and set out on the 45 minute drive to the start at Newport Bike Coalition office on the island. (Newport is on Acquidneck Island). There I met up with five other riders and ended up being unofficially elected to lead this ride.

Sunny, eighty something degrees with no wind riding our bikes in Newport RI. There are things just as good I’m sure, but I doubt if there is anything better.  Early in the ride we all decided this would not be a ride so much as a sightseeing adventure on our bikes.  Because of all the stops, it took us three hours to ride twenty two miles.  The up side, we all got some great photos.

Fort Adams, Ocean Drive, First and Second Beaches and Purgatory Chasm were the highlights of this ride.  I didn’t get a photo but we stopped near Flo’s Clam Shack were their special is two hot dogs and a bottle of Moet for $110.  It’s so unique that it’s one of the most popular items on the menu.  Remember, we are in Newport.  Home of Mansion Row on Bellvue Ave, the tennis hall of fame and the America’s Cup Yacht races.  As daddy always says, “money don’t spend itself”.

The Narragansett Bay Wheelmen offer group bike rides every Sunday with a variety of mile options.  Everyone is welcome, member of the club or not.  Members paint arrows on the route to let the riders know that there is a turn approaching.  After the turn there are confirmation arrows and also dangerous road conditions like potholes have a bright orange circle painted around them.

Today’s ride had a very large turnout and every level of abilities was well represented from the 20+ MPH, full kit, gnarly hammerheads to the sub 10 MPH, overweight, grey haired, retired, comfort bike riders and all those that fall between these categories.

It was a cool 10 AM start with the temperature of 45 F.  It got a bit warmer as the ride progressed, but not a whole lot.  As the weeks progress the fitness of the riders is evident.  Everyone has just a little more oomph at the beginning of the ride and the lot empties out a little sooner every week.

This event is being sponsored by the Tiverton Trailblazers, Bike Newport, Bike Fall River, RI Bicycle Coalition and Supporter, the Narragansett Bay Wheelmen.

The day will start off with a bike ride starting at 11:00am in Portsmouth R.I. at the Park n’ Ride on Boyds Lane in Portsmouth and then it will cross the Sakonnet River Bridge and will continue through Tiverton. It will be a 12 mile ride. At 1:00pm everyone will gather at Evans Avenue in Tiverton near the bike path entrance for the celebration. For those who cannot ride you can still come down to the event and take a leisurely walk across the bridge and enjoy the beautiful scenery and then join us for the 1:00pm celebration.

Join us this Saturday, April 18th at 1:30 pm to kick off the Bike Newport group riding season with “Tour de

Jonqulles” – part of the Newport Daffodil Days Festival! Get up and close and personal with many of the 385,000 daffodils now planted throughout Newport on this daffy bike ride supporting the Daffodillion project. We’ll take a ~5-mile tour of the plantings, the gardens at the Hillside private estate, and end up at the Ballard Park “Bouquet Bar” and Flower Market where live music and nearly 20,000 daffodils will greet us. Ride rolls out at 1:30 from Touro Park on Bellevue.

Leaves Soutboro at midnight.  Check out the facebook page for details

Hello From the Great State of Massachusetts

Posting from the SouthCoast of Massachusetts just off Cape Cod. From my window, I can look across Buzzards Bay to Falmouth, Ma.

This is mostly about and related to bicycle riding, but not exclusively. Make yourself comfortable and look around. Comments are always appreciated.

Walking the dogs. Bike to the market is next

View from the Back

Ramblings of a retiree in France

Get out there and ride!

The goal here is to help you keep cycling on a budget.

"OUT and ABOUT on the RECUMBENTS"!

Lost in the Bozone

fivebeansoup.wordpress.com/
There And Back Again

Life at 15 miles per hour

Sailing, Psychology and other random incidents

Do What You Fear And The Fear Disappears.

Not suitable for children, the sensitive or those hoping to get into heaven.

Heather Hops Around The Globe

Travel makes one modest. You see what a tiny place you occupy in the world. -Gustave Flaubert

cycling less than i plan

"Life stories with a bend"

This is gonna take awhile 😳😂

Cycling to work & back, to the shops....anytime that I can use my bike instead of the car.Sometimes I even get on it just for fun & fresh air!

A Blog about any Thoughts in my Head: Politics, Writing, Life

The Dude Abides. I'm A Dude AbiKes. I wonder as I wander around Austin on a bicycle.

Using a little bit of perfection found by sifting through the day to brighten my mood and hopefully yours.

A blog about being fifty-ish, keeping fit, and acting the fool...

We're gonna travel the world by bike to spread love, respect and culture of bicycle all over!

intelligence, strategy, and security in a dangerous world

Ramblings of a Writer

Living the Path of Life

a bike for all seasons